Surrounded by mountains, Lake Tahoe sits in a valley at an elevation of 6,229 feet. It is the highest lake of its size in the United States. It is the third deepest lake in North America and the tenth deepest lake in the world. Lake Tahoe is 22 miles in length and 12 miles in width and covers a surface area of 191 square miles. The consistently beautiful shoreline is 71 miles, with the California shoreline being 42 miles and the Nevada shoreline being 29 miles.

During ski season, thousands of people from all over Nevada and California, including Las Vegas, Los Angeles, San Diego and San Francisco, flock to the slopes for downhill skiing. Lake Tahoe, in addition to its panoramic beauty, is well known for its blizzards

Mean annual precipitation ranges from over 55 in (1,400 mm) in watersheds on the west side of the basin to about 26 inches (660 mm) near the lake on the east side of the basin. Most of the precipitation falls as snow between November and April, although rainstorms combined with rapid snow melt account for the largest floods. There is a pronounced annual runoff of snowmelt in late spring and early summer, the timing of which varies from year to year. In some years, summertime monsoon storms from the Great Basin bring intense rainfall, especially to high elevations on the east side of the basin.

The Tahoe Regional Planning Agency (TRPA) is a bi-state compact between California and Nevada, that is charged with environmental protection of the Lake Tahoe Basin through land-use regulation and planning

Lake Tahoe is also the location of several 19th and 20th century palatial homes of historical significance. The Thunderbird Lodge built by George Whittel Jr once included nearly 27 miles of the Nevada shoreline. Vikingsholm was the original settlement on Emerald Bay and included an island teahouse and a 38 room home. The Ehrman Mansion is a summer home built by a former Wells Fargo president in Sugar Pine Point and is now a state park.

Gambling is legal on the Nevada side of Lake Tahoe. Casinos, each with a variety of slot machines and table games, are located on the South Shore in Stateline, and on the North Shore in Crystal Bay and Incline Village.

The primary routes to Lake Tahoe are on Interstate 80 via Truckee, U.S. Highway 50, and Nevada Highway 431 via Reno. Most of the highways accessing and encircling Lake Tahoe are paved two-lane mountain roads. US 50 is a four-lane highway passing south of the lake and along part of the eastern shore. (Source: Wikipedia) 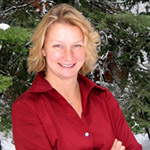 Buying or selling a home is one of the biggest decisions in your life. Picking the right person to help you with this is crucial. It is important for you to know who you are working with, not only because they will be ...
Meet Heidi Munnecke